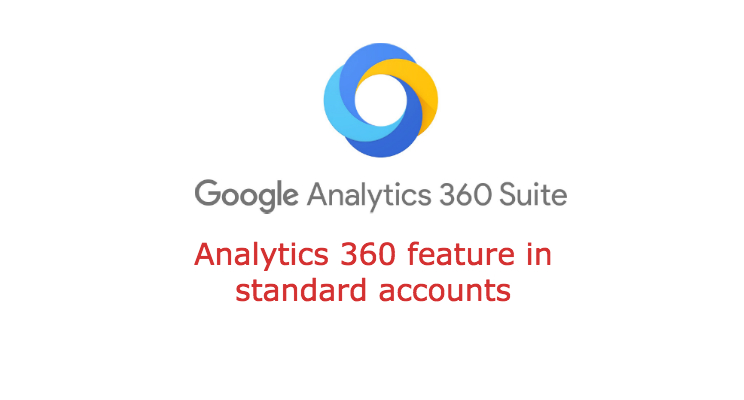 This one is about to show you how easily you can access feature in all GA accounts that is so far available only in GA Premium accounts. One of the things I'm using almost daily are simple funnels. Premium license of Google Analytics allows us to create ex-post custom report based on almost any combination of dimensions and metrics. For those of you who haven't been lucky enough to play around, there's a quick illustration of what I mean. 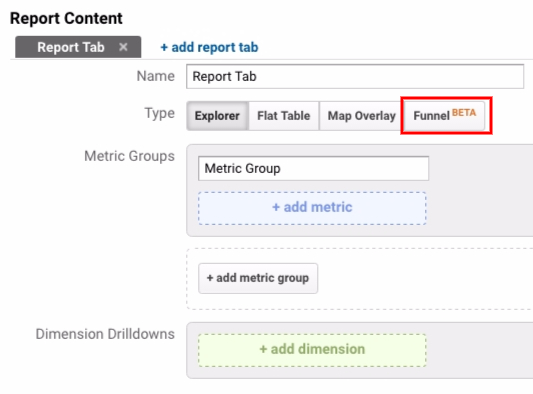 As mentioned it's available only in Premium version, but the idea is very simple. It allows you to create a funnel based on any condition. You can choose whether it's open or closed funnel, if it's based on users or sessions, or subsequent step should follow immediately after previous stage or at any time. Let's build a simple funnel of users who came via homepage and google / cpc, then went to product detail page and added it to cart. 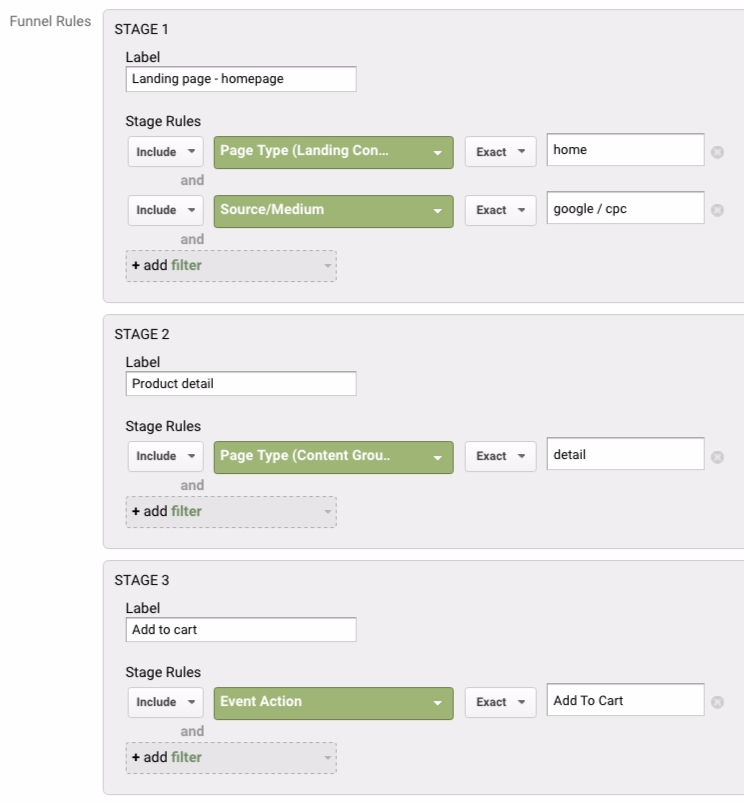 If we apply it, we get a funnel look you're familiar from enhanced e-commerce reports. As seen from report you have a nice data visualization of where the bottleneck is. 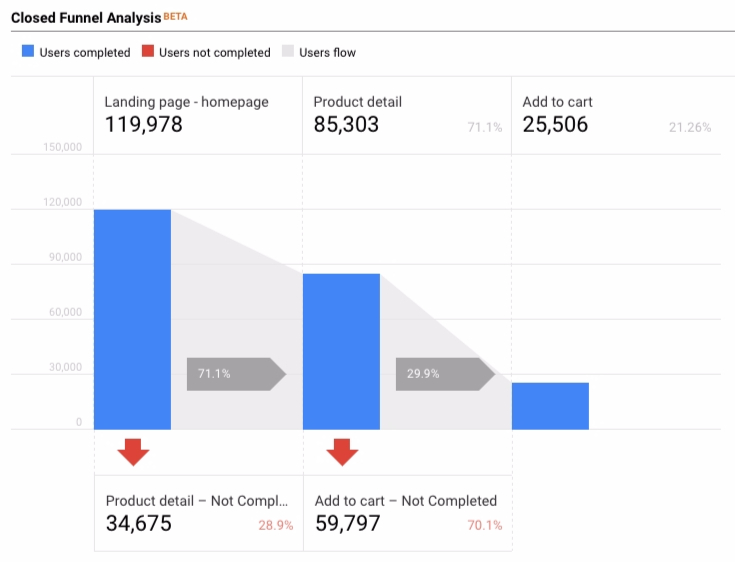 Nice right? That's quite a feature, especially for UX guys. I remember this is something they are thirsty for :).

Let's have a closer look how you can get the same results without this premium custom report type. Actually, it's easier than you might think. It's nothing, but sequences segments :). Still not used as they deserve to be. The only extra thing you have to do is to write the numbers aside to have the funnel manually completed. All we do is just define the same steps in sequence. The first one are users that came via google / cpc and landed on homepage.

After adding second step into segment definition we have this: 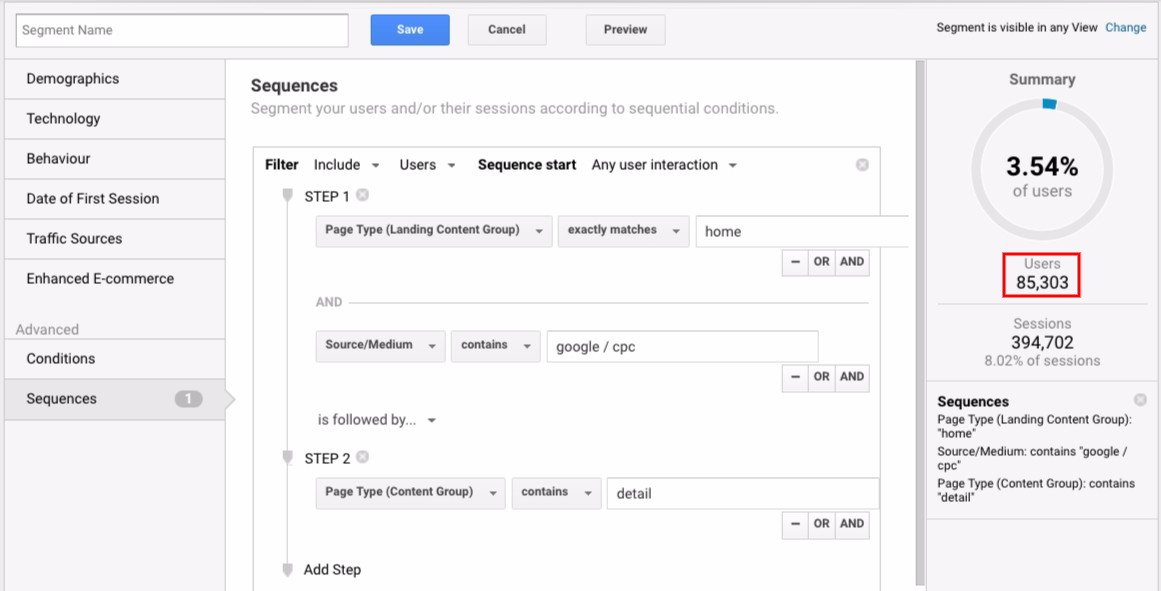 And after adding the last one we're done and have the same nubmers: 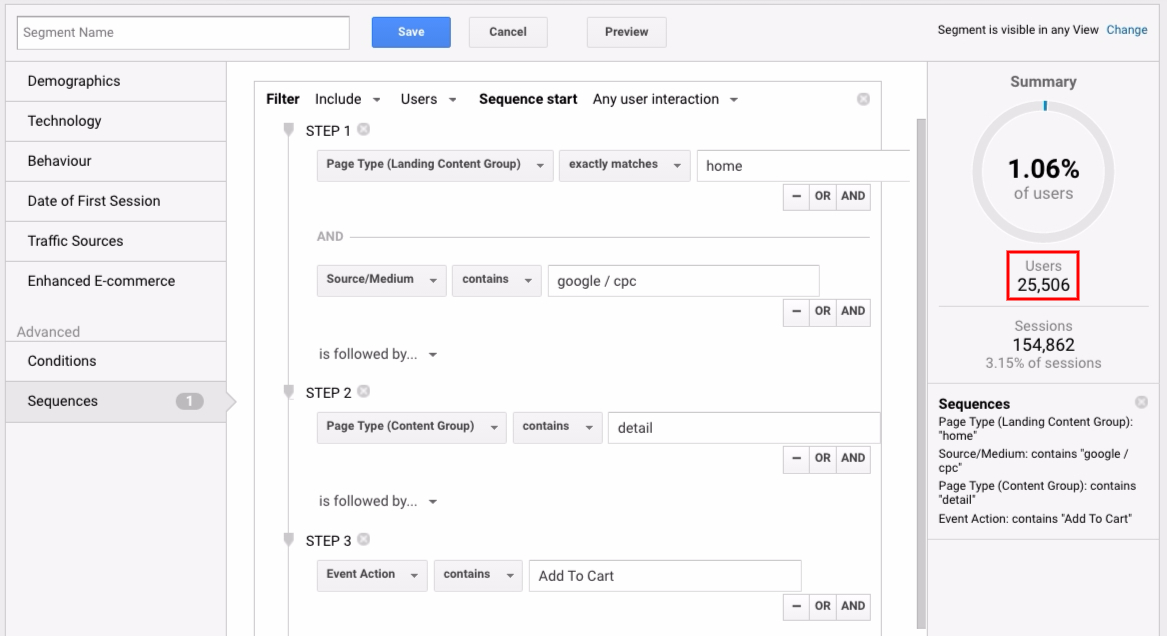 So, this is it. A quick demonstration how to simulate premium feature in standard accounts. No doubts about couple of minutes more it takes to calculate the ratios, but it's still nice thing to have when trying to improve sites performance. Sequences segments give you by this endless possibilities of combinations. So far, I haven't found any limitation between these two approaches when getting the numbers.